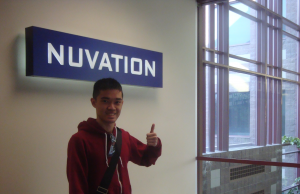 At Nuvation, I was part of a team that worked on the development of a
Battery Management System (BMS) reference design, particularly for use in future electric vehicles and grid energy storage systems.

In particular I worked on the schematic and circuit design of the Tank Controller Board -used to communicate with the Pack Management boards and interface the BMS to the rest of the vehicle.

To that end I used Altium Designer to create schematic symbols and sheets, LTSpice to simulate and evaluate the complex circuits, and the plain old internet in order to research and select IC”s and electrical components that would fulfill the requirements of the system.

And as a design meant for automobiles, there are a lot of requirements and elements to consider. Factors such as large operating temperatures, high current draws, large noise, and large transients ranging in the hundreds of volts were all needed to be taken into account when designing the circuits. As a reference design it was also important to ensure good documentation and flexibility, to ensure easy bringup and debugging (as well as future improvements).

I also did some hands on lab work as well, using equipment like multimeters, soldering irons, etc. in order to prototype parts of the circuit for use in a benchtop test unit (which also doubled as a tradeshow demo).

A good example of some of the work I did can be found in my work report. In this report I talk about the design and simulation of a surge stopper circuit, used to protect the sensitive integrated circuitry of the board from the harsh transients of a car’s 12V battery.